An easy way to see everything about irilumina/cosmopoeicpower's ocs

!IN PROGRESS ONLY SAFIN'S IS COMPLETE
SORRY FOR THE INCONVENIENCE!

This is the "world" used for my main characters Safin, Chrys, and Tethys.

Essentially, it's a modern fantasy setting. Everything is mainly the same, except that fantasy creatures walk among the public. They are hidden behind a "veil" of sorts, which causes most normal humans to see them as everyday people. However, some people can be born with Magic Sight, which allows them to see the crazy world around them that is normally hidden. 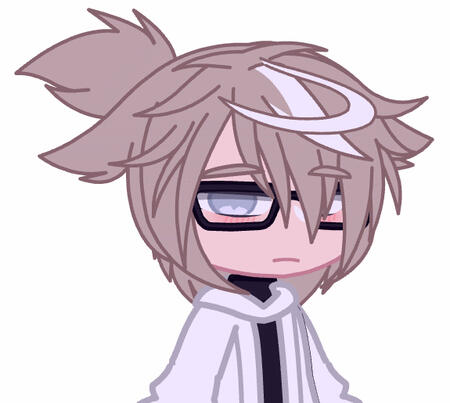 Safin never felt like shit fit in. She was not born with Magic Sight, but nowadays works with divination magic and necromancy.

She was born to a very strict family, and her only friend was her neighbor, Tethys. When she was 10 years old, she stumbled upon a meteor crash-site, and from the rubble she saw a bright blue light. This light was Chrys, though she didn't know at the time. The sight of Chrys's birth shattered her veil, and as Chrys shot off into the sky, Safin vowed to find her again. She felt a pull unlike anything she had ever felt in her life.

When Safin was 18, her witchcraft was found out by her family, and she was kicked out of the house. Tethys, ever-faithful, took her hand, and together they drove her across the country, up to New York. There, Safin was found by an old woman calling herself Madame. Madame operated a small fortune-telling business, and offered her a place to stay. When Safin asked why, Madame scoffed and said she was told to find her.

She lived in Madame's little apartment above her shop, and worked alongside her for a few years, before Madame passed away, leaving the shop to her.

As if things couldn't get anymore unlucky for Safin, she received a call from Tethys's younger brother Kai that Tethys was found dead from a car crash. Grieving and unstable, Safin pulled Madame's forbidden books off of her shelves, and began work to bring her friend back to life. Her mind wasn't healthy enough to perform the ritual, however, and something went wrong. She still hasn't figured out if Tethys was ever actually brought back.

Still grieving her friend and boss, Safin stumbled down an alleyway to a small bar she had heard about. The bouncer looked her over, and with his glowing red eye, he let her into the monster club known as Molitva. Inside was a massive room, filled with creatures of all kinds. She sat down at the bar, and 4 glittering shots later, and she was staring at a woman across the room who was talking to a tall man.

The woman was dressed incredibly nice for such a location, and the way she talked to the equally nicely dressed man made her think the two owned the club. The woman turned to her, sensing her eyes roving over her, and lit up in wonder. She excused herself from the man, making her way over.

Suddenly, Safin realized that this was the creature she had seen when she was a child, and she two immediately hit it off.

Nowadays, Safin and Chrys live together above her tarot shop Diamond Eye, which she uses as a cover to perform spells for customers without magic.